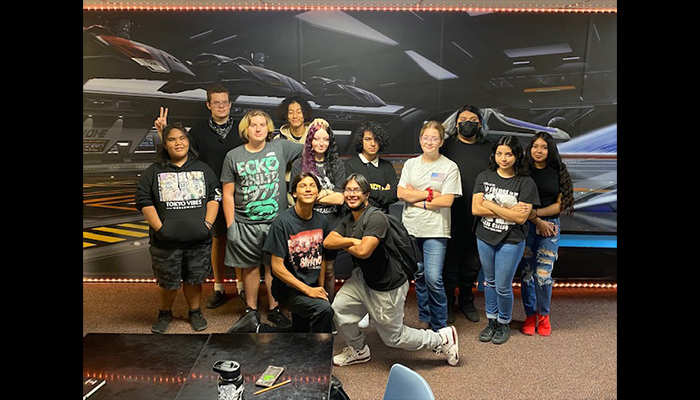 Chad Chidgey, the career technical education director at AJO High School in AJO Arizona, takes pride in his passion to teach his students about aviation. “The program is a combination of aerospace science and a CTE program in Arizona… there are three programs in the state and as far as I know we are the only program in the state that has a flight simulator.”

Before coming to AJO High School, Chad was an aircraft veteran who worked on the maintenance of planes and later became the STEM Instructor at AJO High School. However, he later became the career technical education director. When asked how many of his students have expressed interest in pursuing a career in aviation or aerospace, Chad says, “A number of them voiced out their interest in pursuing a career in aviation. … I contacted a number of flight schools and am still in the works with that, but a number of them have expressed interest in flying.”

AJO is considered a very rural community, so funding is important to educators like Chad in order to keep these valuable programs running. His advice for future educators and schools who want to begin a similar program, “funding”. Chad was able to sell his idea for an aerospace program by talking about how the curriculum, the academic side to it, is free and won’t cost them a penny as long as there was a teacher who was able to go through all the steps to get certified to teach the material, and Chad with all his years working on planes was more than ready to go through such steps. However, they were also able to use funding by being a part of the Joint Technical District, he was able to tank enough funding to buy one of STEMPilot’s Pilot Pro 3 flight simulators.

“The simulator actually brings it all to life…. It’s an invaluable tool.”