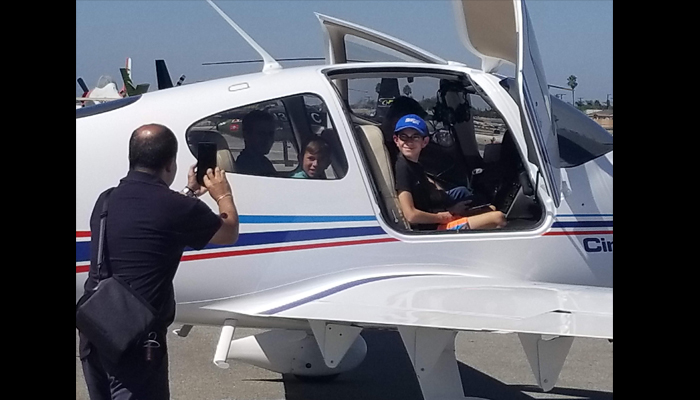 Posted at 00:20h in STEMPilot News by jleboff
0 Likes
Share

STEMPilot flew 40 kids Straight and Level in preparation for their flight in a real airplane on Saturday 9-29-18. Each student flew either over London England or to the Statue of Liberty on the Edustation Flight Simulator. Luca Flores is an accomplished flight simmer and got to fly right seat in the SR-22 Airplane. Luca spent a week at EAA OSH Summer Camp..Wow