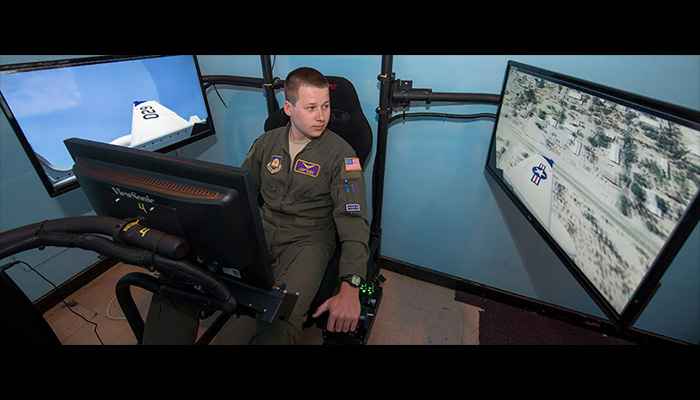 East Carolina University’s Air Force Reserve Officer Training Corps (ROTC) Detachment 600 has been honored as one of the best in the nation.

The group has received the Right of Line award as the 2017 best medium-sized detachment in the United States.

“This award represents the work of many people 1any years,” said Dr. Glen Gilbert, dean of the College of Health and Human Performance, where ECU’s ROTC programs are housed. “My congratulations to all of the commanders and cadre of Detachment 600 past and present. I also thank the ECU community for the great support of our ROTC programs making this possible.”

ECU finished first out of 49 medium-sized detachments nationwide, which is based on cadet enrollment of approximately 57 to 82 students. Awards are given in three categories — small, medium and large — based on the number of cadets in detachments.

Air Force ROTC headquarters selected ECU out of seven medium-sized detachments in the southeast region to move forward in the national competition. Detachments are divided among four regions in the United States.

A cadet’s hand rests on the throttle of the Combat Pilot Pro 4 flight simulator at ECU.

“The award is well deserved recognition for the outstanding work accomplished by the Detachment 600 cadre and cadets,” Wimmer said. “We are so thankful for the outstanding support we have received from the university, College of Health and Human Performance, military programs and alumni.”

Unique among schools in the UNC system and across the country, ECU’s Air Force ROTC has a state-of-the-art flight simulator called the Combat Pilot Pro 4 located in Wright Annex.

The simulator provides a realistic representation of the cockpit of an aircraft, complete with pilot’s chair, throttle and control panel. It offers 180-degree views with three computer screens in front and on either side of the pilot.

It also can be configured to show any public airport or military airfield in the world, as well as hundreds of types of aircraft and any weather conditions.

The simulator offers valuable training for those who will eventually get their pilot’s license. It also lets cadets gain much needed practice for the Air Force Test of Basic Aviation Skills, which is a required test for anyone interested in flying for the Air Force.

The Air Force ROTC Detachment 600 at ECU opened in 1948, when ECU was still East Carolina College. The first officer was commissioned in 1952. Since then, more than 1,400 second lieutenants have been commissioned.

The Air Force ROTC program is offered at more than 1,100 campuses across the country.