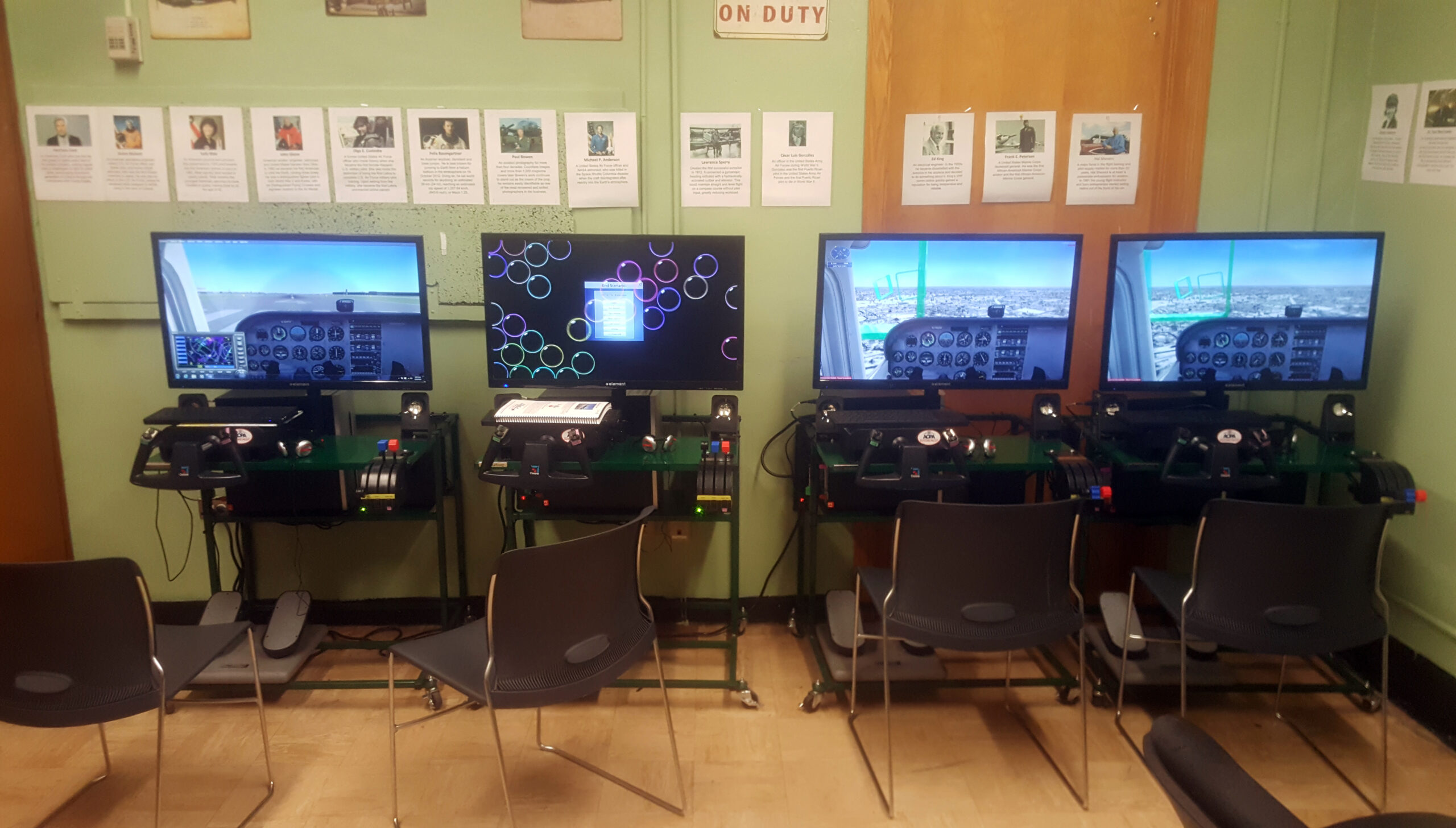 Posted at 11:42h in STEMPilot News by jleboff
0 Likes
Share

It’s an idea gaining altitude in city schools: getting kids to hone their science and math skill by learning what it’s like to fly a plane on flight simulators like the ones pilots use. NY1’s Lindsey Christ filed the following report.

A 12-year-old is flying over the coast of Long Island while sitting in a Bronx classroom.

At the Leaders of Tomorrow public middle school, a teacher’s lounge is now the Aviation Room.

Students are learning to fly on four new flight simulators, not to become pilots, but as a way to learn STEM, science, technology, engineering and math.

A donor gave $20,000 to buy the simulators, made by a company called STEMPilot. A seventh-grade science teacher was trained on incorporating them into the curriculum.

Thirty students have been studying with them twice a week since September, learning concepts like how to chart locations on graphs.. and the science of flight.

“We looked for kids who had an interest in math and science,” said Sean Licata, principal at Leaders of Tomorrow. “So it wasn’t just kids who think these are video games, because they’re a lot more than that.”

Leaders of Tomorrow has been identified as one of the city’s most struggling schools. Just 7 percent of students passed the state math test last year.

“It’s not like the other classes. It’s hands-on,” said one student.

The principal hopes the aviation program will help. He’d like to expand it to serve all his students.

“I’d love a big room filled with tons of flight simulators that was like a flight aviation class,” Licata said.

The room is decorated with photos of famous aviators.

“For me, it was very important that our kids would see people who looked like them in aviation. But when you go back historically and look at aviation, it is not a very multicultural industry,” Licata said.

But they were able to find black and Hispanic and female role models.

Getting girls involved with science is another goal.

“I actually thought it was going to be boring. And it looked really hard. But then I started to like it,” said one female student.

The flight simulators are landing in schools all over the city. STEMPilot equipment is now in 27 schools, spanning all five boroughs  http://fw.to/WzKjVVL