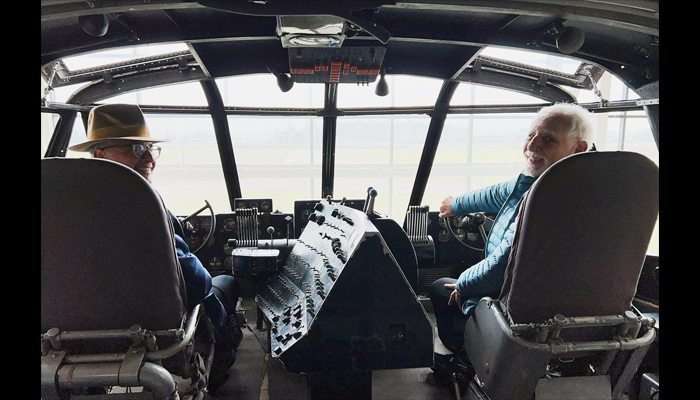 Posted at 14:20h in STEMPilot News by jleboff
0 Likes
Share

Last week I visited the Spruce Goose at its home at the Evergreen Aviation Museum in OR. The aircraft is the largest flying airplane ever built. It is actually constructed from Birch wood for light weight and to be able to form the wood into the shapes needed. The aircraft only flew once with Howard Hughes at the controls. Siting in the cockpit was an AMAZING experience. Below is a brief description.

The Hughes H-4 Hercules (commonly known as the Spruce Goose; registration NX37602) is a prototype strategic airlift flying boat designed and built by the Hughes Aircraft Company. Intended as a transatlantic flight transport for use during World War II, it was not completed in time to be used in the war. The aircraft made only one brief flight, on November 2, 1947, and the project never advanced beyond the single example produced.