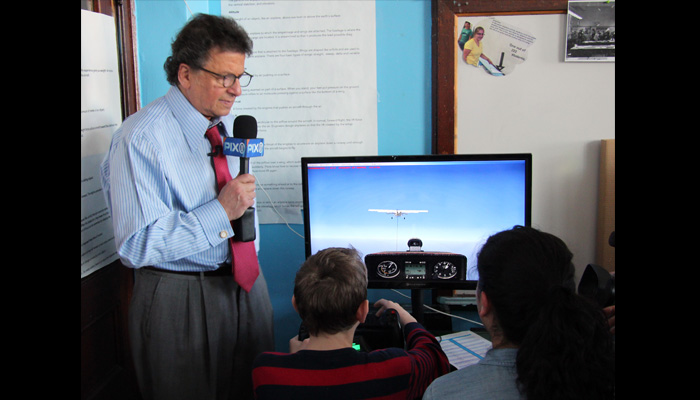 Irv Gikofsky brought a film crew to IS 187 to record his visit with middle school students in Brooklyn, NY. Irv got instructions from the students to fly his glider behind the tow plane to prepare to soar on thermals. Irv is a former teacher who built a meteorology lab in his school and was recruited by CBS 2 news to become its weatherman. Now at PIX11, Mr. G has a dedicated following of New Yorkers. IS 187 has 14 Edustation Flight Simulators with the program led by Steve Dimino. Irv was AMAZED at the student’s aviation abilities and their understanding of how this all works using math, science and engineering.